K6Y, MILES WORD, and MINH LAI Get Fired Up with the Homies in an Old-School Hip Hop Joint, “KEEP BURNING” 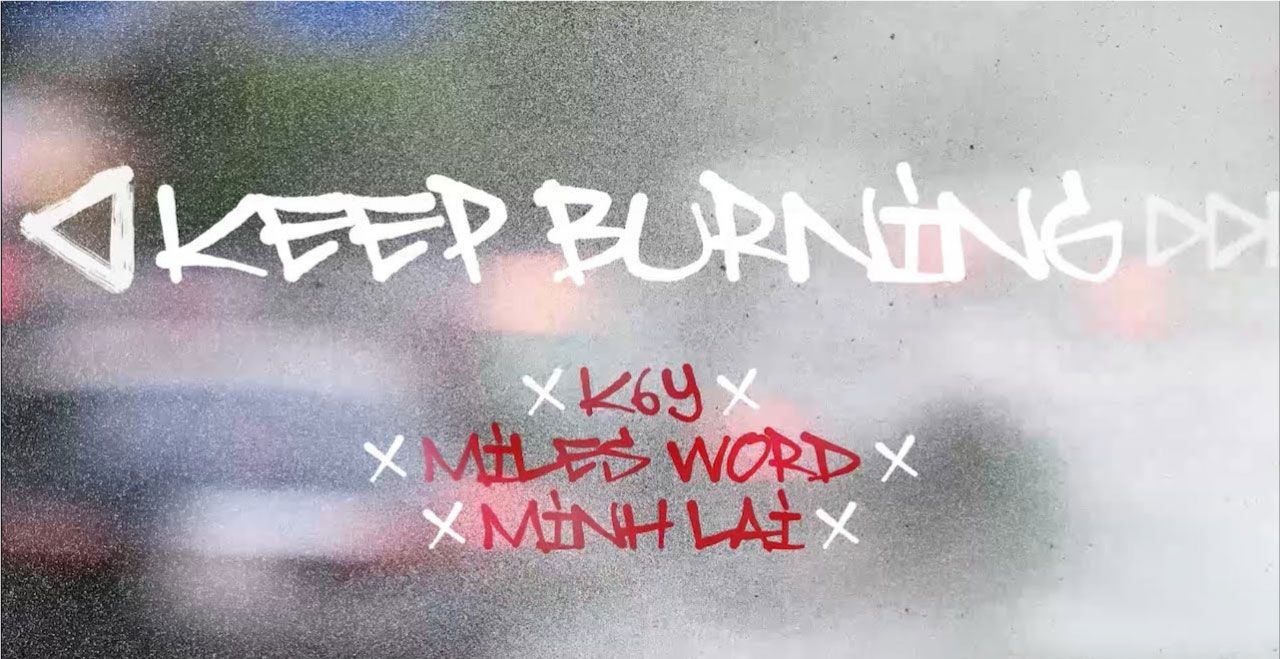 Despite coming from distinctly different backgrounds, the three rising rap stars come together to embrace hip-hop culture, spend time with the homies, smoke, and have a great time. Thai rap star and The Rapper Show champion K6Y, Japanese MILES WORD, and Vietnamese rapper-producer MINH LAI all shared how they keep their hip-hop game strong—and their fire burning.

The old-school beat was produced by RHOKUDO, with each rapper also referencing hip-hop legends like Jay-Z, Notorious B.I.G, and Nipsey Hussle. While “KEEP BURNING” is about hanging out, smoking, and having fun, it also represents peace and freedom, as well as a united way of bridging good energy—bringing three countries together.

The song is part of the Future Shock project by M.A.U Collective and bpm plus asia as well as ADD CBD. 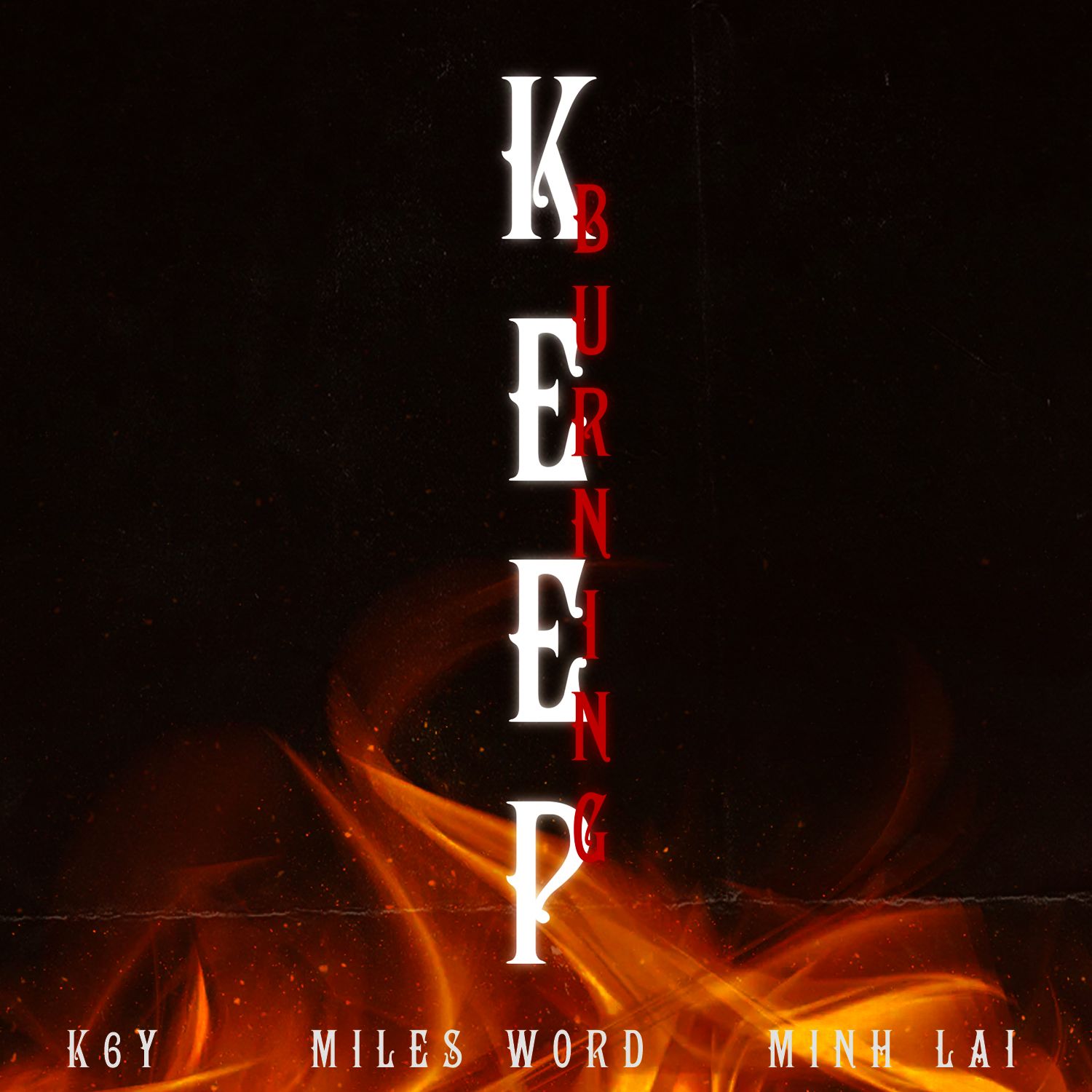 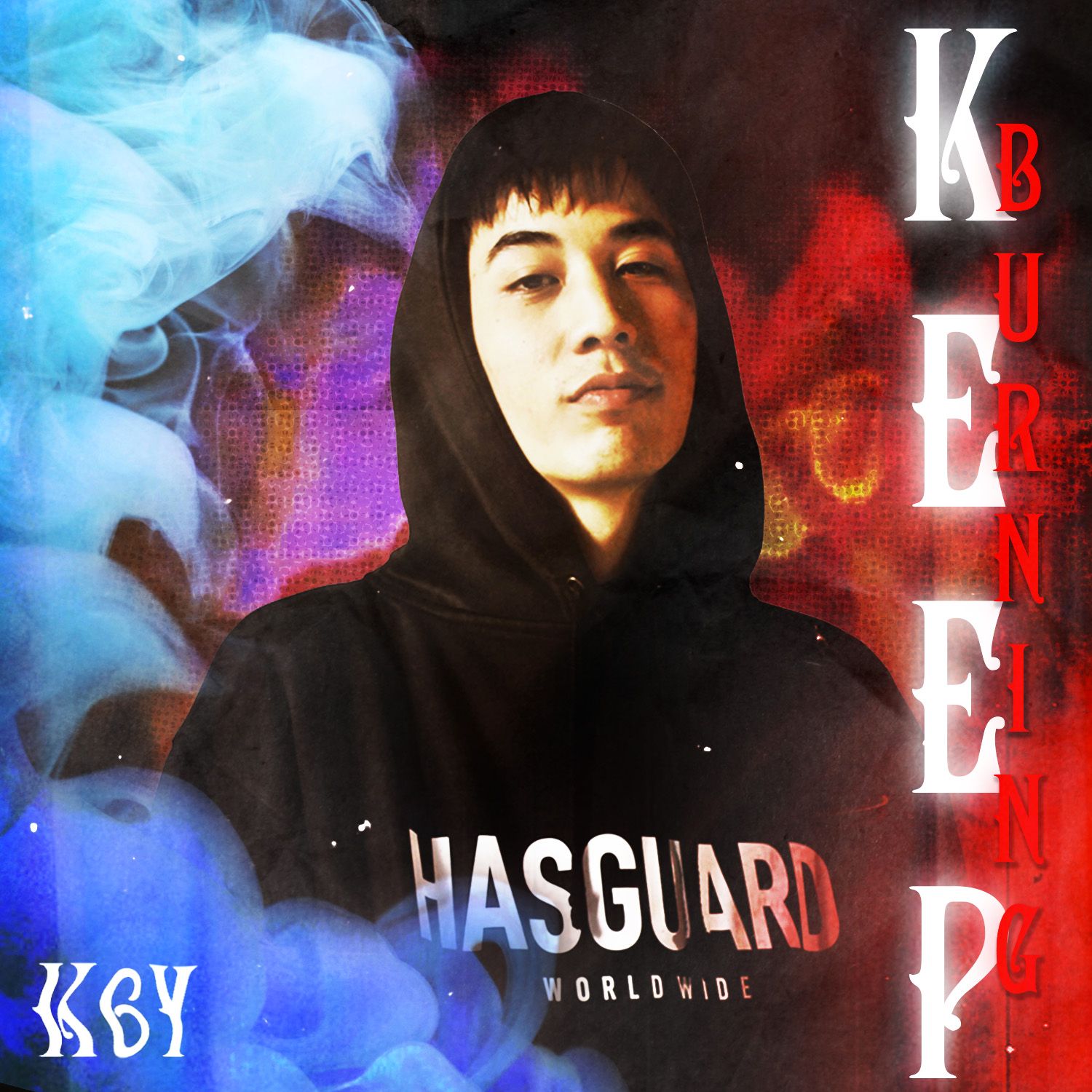 Hailing from Chonburi, Thailand, K6Y just started his career in 2020 and is a member and founder of the rap crew Chonburi Flow. He also is a winner of The Rapper Show, one of the biggest rap shows in Thailand. In 2020, he released "GOODBYE" with LOMOSONIC and won Best Music Video of the Year at the TOTY MUSIC AWARDS in 2021. He is the hottest new age star in the Thai hip-hop scene. 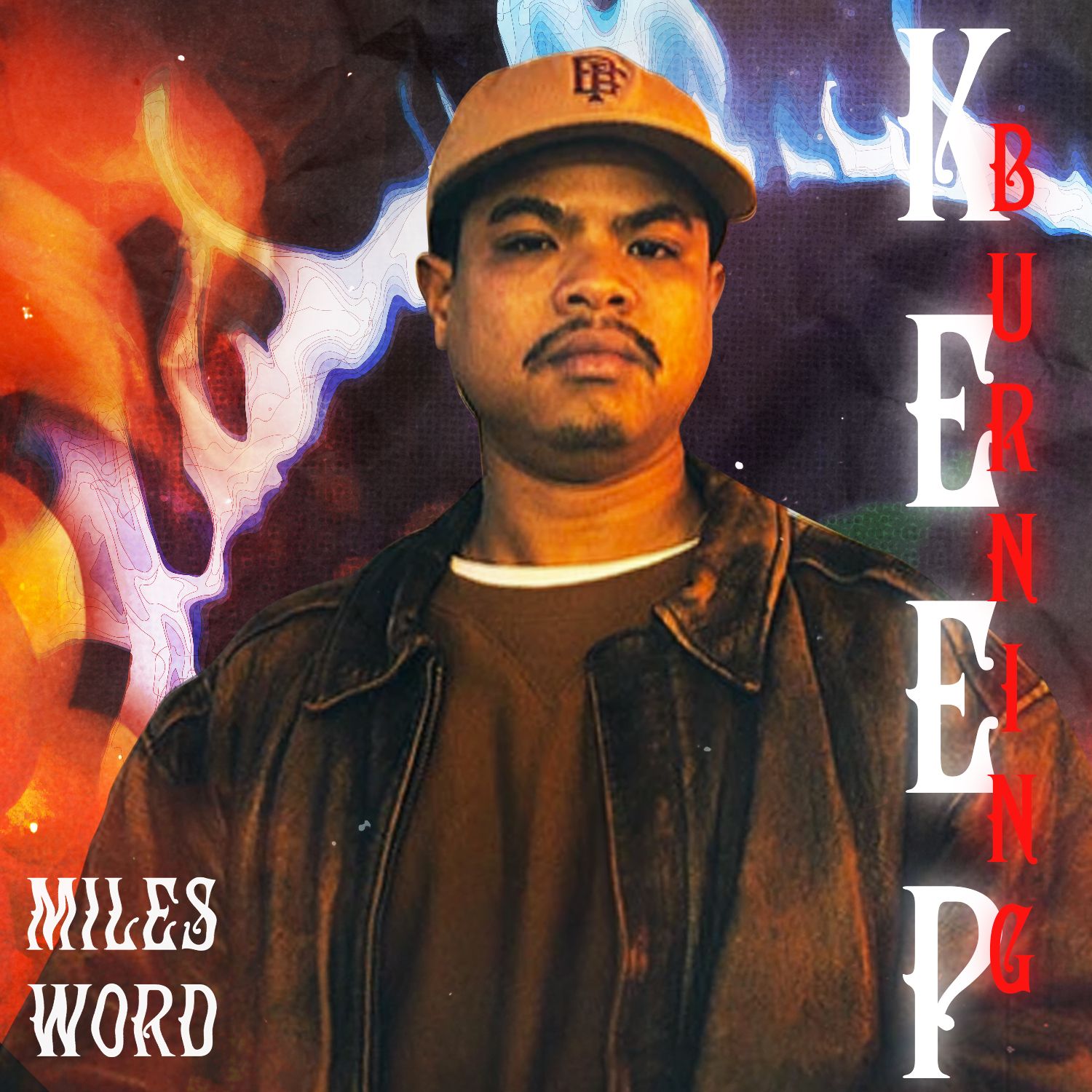 MILES WORD is a rapper from Fujisawa City, Kanagawa Prefecture (MOSS VILLAGE JPN) in Japan. He has released numerous works as his group BLAHRMY. In 2014, he released the album INPOSSHIBLE, which was born from a TAG with NAGMATIC, the backbone of DLiP RECORDS. In 2021, BLAHRMY released its second full album, TWO MEN, its first in nine years. 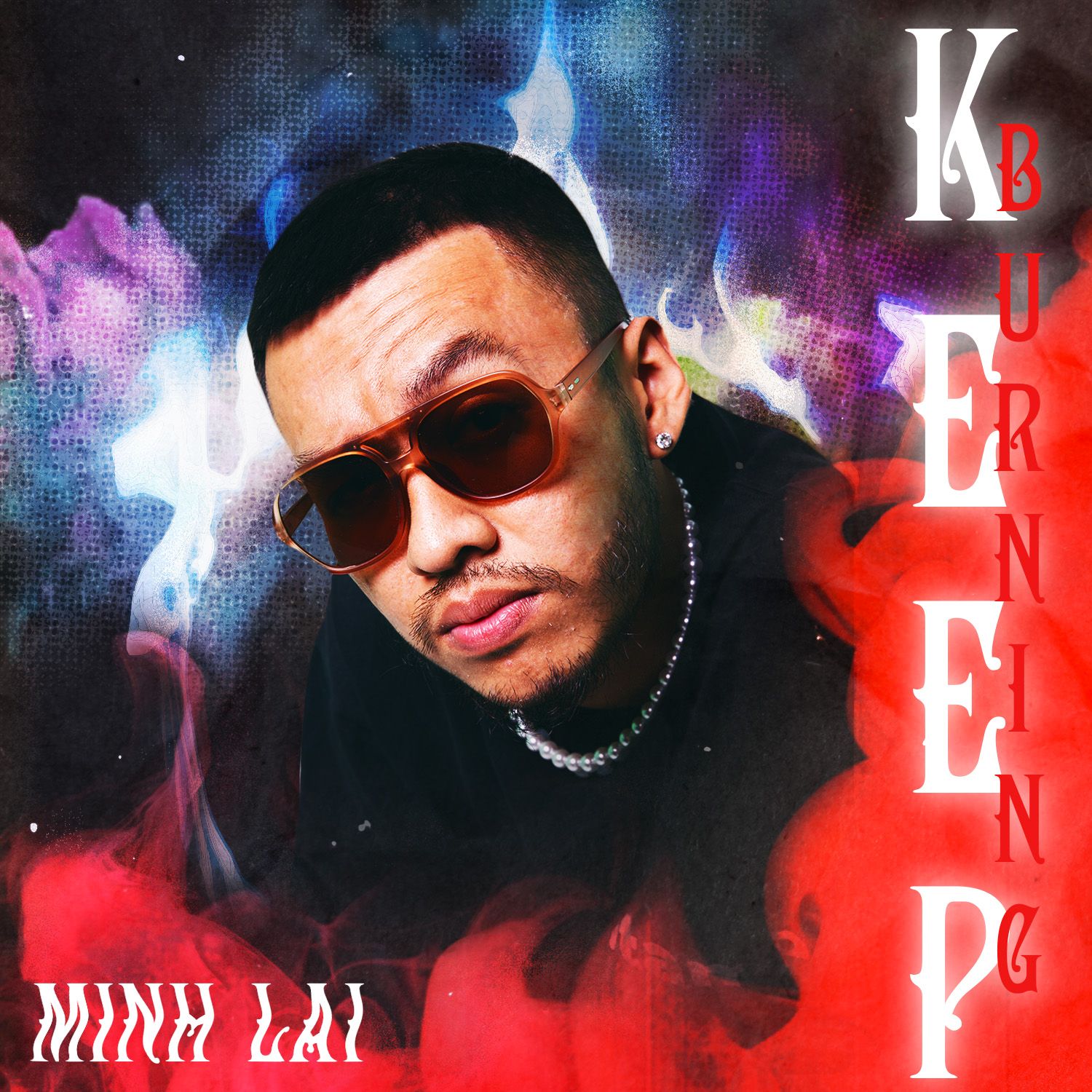 Born in Saigon, Vietnam, Minh Lai fell in love with hip-hop in middle school. In 2016, he produced his first project, “Lost Talents” with hip-hop director Lambda. In 2017, he won 2nd place in the freestyle contest Hypebeast Tournament. In 2018, he finished in the top 8 of the Ban Co Tai Ma freestyle contest. The next year, he founded Under The Hood and released “Dua May Len” which became his first song with 1 million views.

Since its inception, bpm plus asia has been a major player in Asian Hip-Hop culture, facilitating collaborations and promoting the fruits of artists’ labor to the rest of the world. Having brought on collaborations with major artists such as JP THE WAVY, Twopee, IO, GOODMOODGOKU, Young Coco, Jin Dogg, ØZI, SonaOne, Shurkn Pap, Tuimi and ¥ellow Bucks, bpm plus asia continues to seek new talent and continuously creates new projects to continue pushing the culture forward.

This project is managed by M.A.U Collective, a one-of-a-kind international entertainment agency based in Sai Gon, Viet Nam. Embracing the diversity and versatility of Asian artists, with a focus on hip-hop artists and culture, M.A.U aims to amplify talents on a global scale, known for rolling out stellar campaigns for many exciting projects with Asia’s most groundbreaking artists, keeping their promise to shake up Asian Hip Hop and bring it to the world!

ADD is a new CBD brand from Japan, it was born because ADD wants to add CBD to other health ingredients and bring the good things to people. ADD believes that by actively collaborating with a variety of products and companies to create the new lifestyle and smoking culture, and create new needs for the world.

View all news
SonaOne and Shurkn Pap’s “HOMIES” is a Party-Ready Track to Friendship and Being One of the Crew
AL CIZARR, MIXED MIYAGI AND ANKHTEN BROWN RELEASE “ROCKA BYE” NEW SINGLE
Coldzy, IRONBOY and Gottz are summer-ready in the latest laidback party jam, “RECIPE”